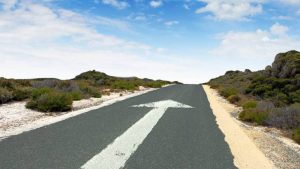 This event will be a virtual program offered through Zoom.  Please join us to hear from experts in the field on their visions of the future of healthcare as we continue to confront COVID-19.

Our Professional Panel will include:

Benson P. Chacko, FACHE, is Vice President of Operations (COO) of Methodist Dallas Medical Center. Methodist Dallas is a 556-bed Level-1 Trauma Center home to The Liver Institute, Transplant Institute, Methodist Digestive Institute and Moody Brain and Spine Institute. In his role he provides day to day leadership for the operations of the hospital, collaboratively implements strategies, and efficiently manages hospital and clinic departments to maximize quality. Benson’s healthcare career spans two decades in various areas to include human resources, project management, ambulatory care, business development, and hospital operations. Prior to joining Methodist Dallas, Benson served as Interim Chief Executive Officer/Chief Operating Officer at Baylor Scott & White Medical Center Lake Pointe, where he led the organization through a successful Joint Commission Survey, achieved the Leap Frog “A” Rating for the organization, and led the corporate transition from Tenet Healthcare to Baylor Scott & White. Prior to returning to D/FW, Benson held the Chief Operating Officer role at Des Peres Hospital in St. Louis, MO, and The Hospitals of Providence-Sierra Campus in El Paso, TX, where he managed a $53 million, two-year renovation of the 329-bed tertiary care hospital.

Born and raised in Dallas County, Benson started his career as a junior volunteer at St. Paul Medical Center, which defined his career path to serve in healthcare. He holds a Bachelors of Healthcare Administration from Southwest Texas State University in San Marcos, TX, and Master of Healthcare Administration and Master of Business Administration degrees from Texas Women’s University in Dallas. Throughout his career as a healthcare executive, Benson has continued to find time to serve on professional councils with the Texas Hospital Association and serving for community nonprofits such as The Boys & Girls Club and Center Against Sexual and Family Violence. Finally he’s had the honor of being recognized by the United States Congress for Community Service during his time at Lucille Packard Children’s Hospital in Palo Alto, CA.

Tracy Martinez is a North Texas native, growing up in the Metroplex, and now lives in Haslet, Texas.

She started her 20-year long career in healthcare as a Physical Therapist at Arlington Memorial Hospital after graduating with her Bachelor of Science from UT Southwestern Medical Center. After many years of progressive leadership in the clinical environment, she became to have an interest in the business side of healthcare.

In 2008 she received her Master of Science in Healthcare Administration from UT Arlington. At that point, Tracy became increasingly involved in leading and developing teams, as well as managing a successful business operation.

After several years leading at the departmental level, she began looking for opportunities to expand her experience, knowledge, leadership and involvement in hospital operations. She found herself eager to support the broader mission of the organization.

In 2015, Tracy earned a role on the Executive team at Texas Health Alliance. At Alliance, Tracy oversees ancillary clinical departments as well as support departments such as food and nutrition and engineering. She is involved in all aspects of hospital operations, including construction projects, business development and physician relations.

Tracy is married to Vincent Martinez, who is a Biomedical Professional in healthcare as well. During their 16 years of marriage they’ve traveled a great deal and enjoy spending time with family, friends and their poodle, Mickey. Tracy is an avid health and wellness advocate, championing a life of health and wellness.

Chris Rubio is the Chief Operating Officer of UT Southwestern’s William J. Clements University Hospital. Prior roles include Associate Vice President of Neurosciences and the O’Donnell Brain Institute at UTSW; Director of Anesthesiology & Critical Care at the MD Anderson Cancer Center; and, served as an officer in the US Army. He has over 20 years of experience in academic medicine and the University of Texas System. Chris is the proud father of a 2-1/2 year old son and is enjoying his relatively new positions as Papa.

Mary Wylie serves as the Vice President of Operations for Baylor Scott and White Medical Center Plano. She has administrative responsibilities for ancillary services, and service line development.

Dr. Wylie has nearly 3 decades of progressive health care management experience within the Dallas market, at 3 of the largest health care systems, with extensive experience in the areas of business development and fundraising, having generated over $20 million dollars from philanthropic sources to support both educational and clinical services.

Prior to her appointment at Texas Health Dallas, Dr. Wylie served as the Vice President of Oncology and Medical Surgical Services for Medical City Dallas Hospital. While at Medical City, she built one of the largest bone marrow transplant programs in the United States. Prior to Medical City, she was the Executive Director of Clinical Services and Development for Baylor Richardson Medical Center. During this time, she spearheaded the master plan for a new hospital, office building, and a 50,000 square-feet cancer center affiliated with the University of Texas Southwestern Medical Center.

Achievements and awards include a Healthcare Administration Fellowship from the American College of Healthcare Executives, and the Texas Hospital Association.

She currently is an adjunct professor for Texas Woman’s University, University of Texas at Dallas and Texas Tech University Health Sciences Center.