The Value of Developing and Implementing Alternative Care Models

This virtual panel has been approved for 1.5 ACHE Face-to-Face Credits

Developing new delivery models that embrace alternative payment models goes beyond simply supplying patients with information at time of checkout or discharge. It includes a commitment to patient-centered care, providing clear and useful information to patients, helping patients establish goals and plans to live a healthier life, creating a team of clinicians and administrative staff with clearly understood roles and responsibilities, and using office systems to support followup and tracking of patients. Managing programs aimed at chronic illness and changing behavior are challenging and take time for everyone involved—providers, patients, and caregivers. Yet, it is often patients themselves who are called on to manage the broad range of factors that contribute to their health. Common sense suggests—and health care experts agree—that people with chronic care needs should receive support to help them manage their health as effectively as possible. Helping patients to make good choices and maintain healthy behaviors requires a collaborative relationship between health system leaders, community-based programs, clinical teams and patients. Learning how to incorporate these new models into a health system or practice can support patients in building the skills and confidence they need to lead healthier lives. 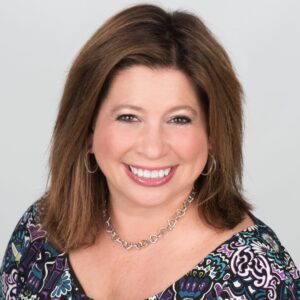 Melissa Campenni is the Divisional Vice President of Network Innovation and Strategy at Blue Cross Blue Shield of Texas. She has been actively engaged in health care for over twenty years. She has proven experience in Network Innovation, Managed Care Contracting, Value Based Contracting, Provider Relations and Client/Account Management. Melissa has led successful Enterprise-wide teams through complex implementations of network builds, creations of Value Based Care programs and large client implementations. Melissa’s strategic business sense, as well as her sincerity and compassion, has resulted in the creation of strong meaningful relationships throughout the national health care community. Melissa is originally from Pt. Pleasant, NJ where she began her career at Horizon Blue Cross Blue Shield of NJ. Melissa also served as the Sr. Director of Employer Solutions, National Network Strategy and Innovation for UnitedHealthcare. Melissa received her B.S. in Business Management from Dowling College/Long Island University, NY and her Master in Health Administration degree at the University of Texas at Tyler. She currently resides in Frisco, TX with her husband and their two Cavalier King Charles Spaniels. 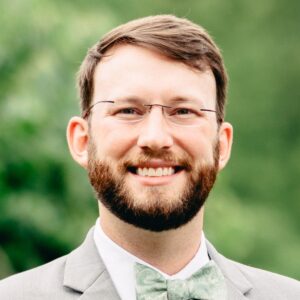 Richard Doane is a Director at Premier working as a part of the Strategic Collaboratives team. In this role, Richard has developed subject matter expertise related to all aspects of Medicare ACOs and other network-level total cost of care models (Next Generations ACO, Direct Contracting) including advocacy, development, operations, regulatory compliance, and performance improvement. He has led numerous strategy sessions, executive / board presentations, and detailed capabilities assessment to best position member ACOs for success in value-based care and payment.

Prior to joining the population health team Richard spent three years within the cost management division of Premier’s Performance Partners. There he managed many projects, from small labor benchmarking engagements to large operational transformation projects. He also served as a labor subject matter specialist for several projects. During this time, he also developed best practice methodologies and tools for completing labor centric projects.

Richard received a Bachelor of Science in Industrial Engineering from Clemson University with a minor in Business Administration. He also received a Master of Health Administration from the Medical University of South Carolina. Richard is a certified black belt in Lean/Six Sigma. He also received an individual Premier Values Award in 2014 and a Premier Team Values Award in 2014, 2016, 2017, 2019, and 2021. 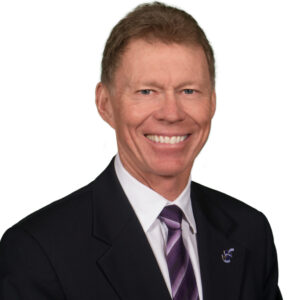 In November 2005, he moved his practice to Lindale, Texas, to open a new concept “health park” for TMF and the Trinity Clinic, practicing only ambulatory care in Family Medicine as well as Urgent Care. He ceased with direct patient care January 31, 2017, as he assumed a full-time administrative role with CHRISTUS Health.

While with the Trinity Clinic, he served many governance and clinical leadership roles including Trinity Clinic Board member for 9 years, serving the last 5 years as Chairman. He served on various committees including Finance, Customer Service and Quality. He provided medical leadership for the PCMH recognition for all of primary care in 2011. The Clinic achieved Level III PCMH recognition for all 120 primary care providers.

He served as Chief of Primary Care for 2 years from 2012-2014, until assuming full responsibility for Population Health for the Trinity Clinic.

Beginning in November of 2019, Roger also became involved with the CHRISTUS Health Plan (CHP) and assumed leadership for the Pharmacy and Quality Improvement departments for the CHP. Subsequently, his role expanded in May of 2021 when the Medical Management Department also came under his leadership.

Roger is married to Patty Fowler for 34 years. Patty is now a “crafter” after a career as a Physical Therapist Assistant. We have a blended family of 3 boys and 1 girl with 3 grandchildren. We love spending time with family. For recreation, Roger spends time in pursuit of fitness, especially running for the past 43 years, and golf.

We have been Blessed and acknowledge our Christian beliefs. We worship in the Episcopal Church at Church of the Apostles in Coppell, Texas. 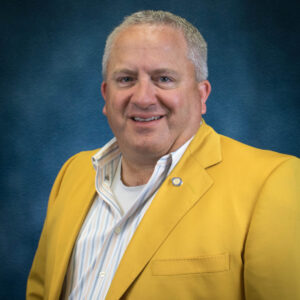 William Scott Hurst, MBA, FACHE is currently the President & CEO of Patient Physician Network (PPN), one of the largest IPA’s in North Texas with over 600 physician members. In this role, he works with teams of dedicated physicians, staff and caregivers to advance independent medicine by driving clinical integration, value-based care initiatives, patient experience improvement and cost reductions in the provision of care. To date, these efforts have returned over $4 million in savings to its members in just seven years.

Previous to being recruited to PPN, Scott served as an Executive Director overseeing operations in Texas and Louisiana for naviHealth, an industry leader in value-based care operations for health systems and health plans servicing Medicare patients.

Over his career, Scott has been blessed to serve as a Project Leader at Methodist Health System; the Senior Director of Physician Networks at Children’s Health in Dallas; a Director of Physician Alignment at CHRISTUS Spohn Health System in Corpus Christi, TX and as a consultant for over 10 years to hospitals in the Midwest, Pacific Northwest and Alaska. In addition, Scott had the honor of serving as the President of the North Texas chapter of ACHE in 2020

Scott completed his Bachelor’s and Master’s Degree in Business Administration from Drury University (1995 / 1997) in Springfield, MO while working in the Athletic Department in Sports Information & Event Management.

When he is not at work, Scott can be found hanging out with his fiance’ Erica who is a nurse at Texas Oncology, getting updates from his 18 year-old daughter who is in her freshman year at the Savannah College of Art & Design, listening to live music around the Metroplex or refereeing high school basketball for the North Texas Basketball Officials Association.