This virtual panel has been approved for 1.5 ACHE Face-to-Face Credits

The traditional boundaries between Public, Private and Federal Healthcare delivery have become more permeable as healthcare regulations and requirements have changed. The beneficiary population can no longer be considered as belonging to its system alone.

Through this discussion, participants will gain an understanding of the complexities related to documentation of episodes of care, reimbursement for completed care, and information technology challenges; the interoperability and cooperation of Public, Private and Federal Healthcare Systems during natural or manmade disasters; and the future of Public, Private and Federal Healthcare Delivery as it relates to the continued homogenization of their respective patient populations. 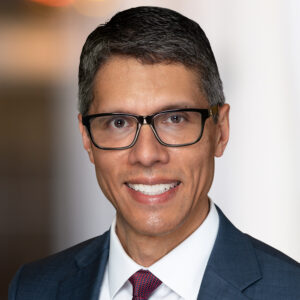 Aaron Bujnowski is a Director with The Chartis Group and co-leader of the Private Equity (PE) practice area. Mr. Bujnowski’s healthcare career spans over 15 years. He focuses on developing innovative enterprise strategies that enable integrated delivery networks and their leaders to create lasting competitive advantage. He also helps PE firms to effectively make buy- or sell-side decisions and deliver increased value through their portfolio companies.

Prior to joining The Chartis Group, Mr. Bujnowski was the system Chief Strategy Officer at Texas Health Resources, where he spent nearly nine years. He was responsible for developing and implementing strategies across the entire enterprise, including acute, post-acute, ambulatory, physician, consumer, and value-based approaches. His experience also includes more than four years with the Boston Consulting Group (BCG), where he served as a core member of BCG’s strategy and healthcare practices. He was also a founding member of BCG’s PE practice, spending time on Wallstreet working on deals with many of the country’s largest PE firms. Mr. Bujnowski previously held various leadership positions in new venture development and innovation at The Dow Chemical Company for more than nine years.

While at Chartis, Mr. Bujnowski has worked with large IDNs on major strategic efforts, including enterprise strategy development and implementation, service line strategy and structure, consumer strategy, and strategic and community partnership development. He has also helped accelerate the growth of the PE practice, working on buy-side due diligence efforts and sell-side efforts in the health provider space. Leveraging his previous in-house strategy experience, he has also worked on value-enabling efforts for PE portfolio companies, which have resulted in identifying significant sources of organic and inorganic growth and operational efficiencies for his clients.

Mr. Bujnowski holds a Master of Business Administration from The University of Texas at Austin, where he graduated with the highest honors. He also holds a Bachelor’s and a Master’s degree in Chemical Engineering with a biomedical emphasis from Brigham Young University in Provo, Utah, where he graduated with honors. In 2015, Mr. Bujnowski became a Fellow of the American College of Healthcare Executives (FACHE). 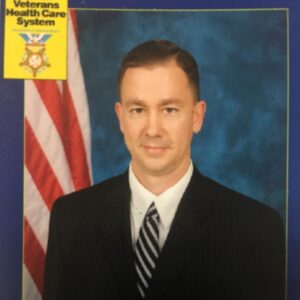 Mr. Fisher joined the STVHCS in 1995 as the Administrative Officer at the VA Outpatient Clinic in Corpus Christi. Following this assignment, Mr. Fisher served as Executive Assistant to the Director at the STVHCS from 1997 through 2006.  In 2006 Mr. Fisher was appointed the Strategic Programs Manager of the STVHCS which has since evolved into his current role.

Mr. Fisher received an Honorable Discharge as a Captain from the U.S. Army Reserves in 2010, having served with the 228th Combat Support Hospital, the 5th Brigade/95th Division, and the 4th Brigade/100th Division. 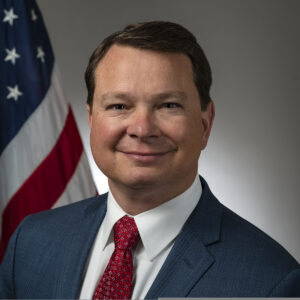 Eric D. Jacobsen is the Associate Director and Chief Operating Officer at VA North Texas where he manages numerous administrative departments and sections.

Mr. Jacobsen began his career at VA in 1999 as a supervisory health system specialist and worked in a variety of leadership roles.

Mr. Jacobsen received a bachelor’s degree from the University of Texas at Austin in 1996 and completed a Master of Science in Health Care Administration at Trinity University in San Antonio, Texas in 1999.

He is a graduate of VA’s Executive Career Field Training Program and is Board Certified in Healthcare Management and a Fellow in ACHE with experience in healthcare operations, public health initiatives/crisis management, quality and performance metrics, provider networks, financial management, strategic and tactical planning, and improving patient satisfaction. 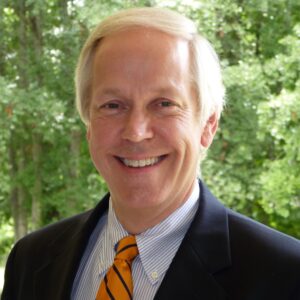 George T. Roberts, Jr., has served as the Chief Executive Officer of the Northeast Texas Public Health District since November 2006. The Northeast Texas Public Health District (NET Health) is a local Health Department established by the City of Tyler and Smith County. Services provided by NET Health include Community Outreach, Disease Surveillance, Environmental Health, Immunization, Tuberculosis Control, Public Health Emergency Preparedness, Regional Laboratory, Vital Statistics, and the WIC (Women, Infants, and Children) Program. NET Health has started and participated in many community collaboratives including Fit City Tyler whose Mission is to make Tyler a Fit City “One Step, One Bite and One Health-Conscious Decision at a Time”. NET Health primarily serves Tyler and Smith County but also provides some services in 21 counties in East Texas. The WIC Program serves a 20-county area and Public Health Emergency Preparedness serves a 7-county region. Most recently, Mr. Roberts and his Team have been leading the Community response to the COVID 19 Pandemic and the COVID 19 Vaccination effort.

Mr. Roberts has over 40 years of health care experience, the majority of which was spent in hospital administration, having previously served at Baylor University Medical Center in Dallas, Mother Frances Hospital in Tyler, and Henderson Memorial Hospital in Henderson, Texas. He received his Bachelor of Business Administration from Southern Methodist University in Dallas, TX and his Master of Health Administration from Washington University School of Medicine in St. Louis, MO. He is Past President of the National Association of County and City Health Officials (NACCHO) Board of Directors, and he also has served as President of the Texas Association of City and County Health Officials (TACCHO). He is the President of the Texas Health Institute Board of Directors, and he currently serves on the Board of the Tyler Area Chamber of Commerce, Carter BloodCare, and the Piney Woods Regional Advisory Council (RAC) Area G. Mr. Roberts is a Fellow of the American College of Healthcare Executives, and is active in a number of church, community, and statewide efforts. Mr. Roberts has been married to his wife Leslie for 34 years, and they have adult children – Claire and Travis.