Moving Forward in the Age of Covid 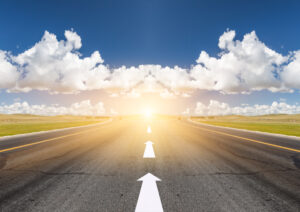 Daniel Karnuta
Assistant Professor
The University of Texas at Dallas

Sobya Ball was raised in East Texas and resided there until 1998 when she relocated to Arlington, Texas with her son.  She moved to North Texas so that she could provide more opportunities for them both.  In March of 1999 she attended DeVry University, graduating in 2002 with a Bachelor of Science Degree in Business Administration.  After finishing school, she decided to take a few years off from pursuing more education so that she could focus on getting her career started and raising her son.  After a seven-year hiatus, Sobya decided to return to school in May of 2009 to pursue her graduate degree and in 2010 graduated from Ashford University receiving her Master’s in Organizational Management.

She received her first job within the healthcare industry in 1995 at the age of nineteen working for a multi-specialty clinic named Collom and Carney in Texarkana, Texas.  During her time there, she was part of the float pool which allowed her to work in a variety of different departments; sometimes being the only person that the department would request whenever there was a need and if she were not scheduled to work elsewhere.  The experience gained is what helped to build her work ethic and shape her career, which is the reason that she has remained in healthcare to date.  While living in the Dallas/Fort Worth area Sobya has had the opportunity to work for some of the most premier healthcare organizations in Texas. Such as Medical Center of Arlington-HCA now known as Medical City Arlington, Kindred Healthcare, UT Southwestern Medical Center and now Parkland Health and Hospital Systems.

Although Sobya passively thought about going into Human Resources, it was not anything that she would entertain immediately.  That was until she worked for Kindred as a Staffing Coordinator where the role branched into a Human Resources Coordinator. This allowed her to dabble in many areas of this field of expertise.  It was during this time that she then knew, Human Resources was the field she wanted to operate in.  Now, having remained in HR for thirteen years, she has had the opportunity to learn from very skilled individuals such as a Chief Executive Officer, Assistant Vice President of Human Resources, a Manager of Employee Relations and various co-workers (past and present) who have all had some part in helping to build the knowledge base she holds today. She has had the opportunity to take part in numerous hiring events, as well as, helping organize a training for managers called HireRight which provided guidance to hiring leaders on how to hire the right candidates for their positions.  She has also been a part of a systems implementation team that was created to test the new applicant tracking system before go-live.  Additionally, being part of a project team that put together an instructional manual teaching new Talent Acquisition Partners and Coordinators how to use the system.

For the last 3 years, she has been an active volunteer for the American College of Healthcare Executives (ACHE) New Horizons speed networking resume event for master level/mid-careerist.  Having been a Talent Acquisition Partner for the last four years has offered Sobya the opportunity to help create a wonderful customer experience for incoming new hires.   She can see their eagerness as well as willingness in wanting to prove to the organization that they made the right decision in hiring them. By far, the most rewarding part of working in HR is that she can offer a broad spectrum of expertise ranging from counsel, to upholding the functions of the organization, to invoking change and educating.  But more than anything maintaining a high level of ethics and integrity.

Dewotta Gossett, was born in Georgia and has traveled the majority of her life; due to her father being in the military.  She lived in Anchorage, Alaska and graduated from high school in Okinawa, Japan.  She currently holds a Bachelor and Master’s degree in Business Administration with a focus in Human Resources Management.  She is working on completing her Doctorate degree in Leadership and Organizational Change. She currently works as an HR Talent Acquisition Partner at UT Southwestern Medical Center – University Hospitals.  Her husband (a Navy veteran) and she have a 23 year old son and a 12 year old daughter.  She enjoys singing, bowling and taking vacations to sight see.

Prior to joining the University of Texas at Dallas, Mr. Daniel Karnuta served as Senior Vice President and Chief Financial Officer of Conifer Health Solutions, a healthcare revenue cycle management and consulting company serving over 800 healthcare provider organizations throughout the US. Previously, he spent nearly 20 years at Perot Systems Corporation, a worldwide provider of information technology services, where he held several senior-level positions including Vice President of Finance, Healthcare Industry Group Chief Financial Officer and Global Tax Director. He began his career in public accounting where he served as a Tax Manager with Price Waterhouse.

With over 30 years of professional experience, Mr. Karnuta has led finance and accounting organizations focusing on: financial reporting, operational delivery, taxation, pricing, strategy and decision support. He spent several years working in Europe where he led a finance team that spanned 6 countries on three continents.