Cocktails with the Chiefs – Dallas 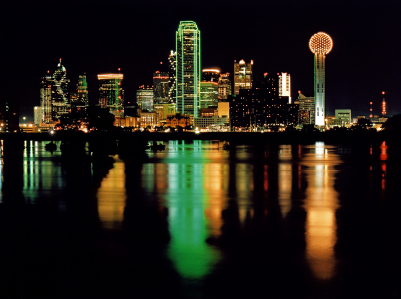 Our popular Cocktails with the Chiefs event is back in Dallas – this time on the rooftop lounge at Saint Rocco’s New York Italian Restaurant in the trendy Trinty Groves – just across the Trinity River.

With incredible views of the downtown Dallas skyline as our backdrop, come listen as local industry leaders share their experiences — gaining insights on how to build leadership skills and leveraging them for professional growth. Learn from these leaders’ successes and challenges and be inspired to further pursue your own professional and personal development goals.

This year, the book, When, by Daniel Pink will serve as the bases for conversation between the panelists.

The event will include some great networking opportunities as well.

This year’s panelists include:

Barclay E. Berdan, FACHE, is chief executive officer (CEO) of Texas Health Resources, one of the largest faith-based, nonprofit health systems in the United States and the largest in North Texas in terms of patients served. The health system spans a broad continuum of delivery, including Texas Health Physicians Group and 29 hospital locations under the banners of Texas Health Presbyterian, Texas Health Arlington Memorial, Texas Health Harris Methodist and Texas Health Huguley. In 2016, Texas Health and UT Southwestern Medical Center created Southwestern Health Resources, an integrated network that blends the strengths of the two organizations to better serve North Texas residents, from preventive care to the most advanced interventions. Texas Health and Aetna also in 2016 announced the creation of a jointly owned health plan company that will focus on improving quality, affordability and the overall consumer and provider experience.

Active in his community, Berdan has served as chairman of the Texas Hospital Association and received the association’s highest honor, the Earl M. Collier Award for Distinguished Health Care Administration, in 2013. He was named to Modern Healthcare’s “100 Most Influential People in Healthcare” list in 2016. He serves as chair of the United Way of Tarrant County 2016-2017 campaign and is a member of the organization’s board, is past chair and a board member of the American Heart Association Tarrant County chapter, and serves on the steering committee of the Fort Worth Blue Zones ProjectTM. He also serves as chair of the American Excess Insurance Exchange Risk Retention Group. He is a board member of the Premier national health care alliance and serves on the organization’s finance committee, and is also an Executive Committee member for the Healthcare Leadership Council.

Irvine holds a Bachelor of Arts in business administration from Baylor University in Waco, Texas, and a Master of Science in health care administration from Trinity University in San Antonio. Her accomplishments have been recognized by several professional organizations including Modern Healthcare magazine’s “Up & Comers” award, the American College of Healthcare Executives “Early Career Healthcare Executive Regent’s Award” and D CEO magazine’s “Most Influential Business Leaders 2016” recognition.

Mr. Lee has spent 20 years in the healthcare industry as a clinician, clinical leader, and executive. He joined Capital Senior Living from Tenet Healthcare, where he served as the Chief Executive Officer of the Dallas/North Texas market, and spent a majority of his career in pediatric healthcare, serving in executive roles at 4 of the nation’s top 10 largest children’s hospitals. Mr. Lee is also the bestselling author of four books, book including his latest publication, The Healthcare Leader’s Guide to Actions, Awareness, and Perception, which was recently named as the 2017 “book of the Year” by the American College of Healthcare Executives.

Mr. Lee holds a Bachelor of Science Degree in Physical Therapy from the University of Oklahoma, a Master of Health Science Degree in Health Finance and Management from the Johns Hopkins School of Public Health, a Master of Science in Leadership Development Degree from the University of Pennsylvania Wharton School of Business, and a Doctorate in Allied Health from the Massachusetts General Hospital Institute of Health Professions.

In 2011, Mr. Lee was given the Robert S. Hudgens Memorial Award as the national young healthcare executive of the year by the American College of Healthcare Executives (ACHE), was recognized as a “Rising Star” of the healthcare industry by Becker’s Hospital Review in 2012,2013, and 2014, and was named as an “up and comer” by Modern Healthcare in 2013.  In 2014, the Dallas Business Journal named Lee as one of their “Who’s Who in Healthcare”.

Mr. Lee remains active in leadership roles for community and professional organizations, serving as the chairman for the Rockwall area Chamber of Commerce, the chair of the Dallas-Fort Worth Hospital Council, and as the founding chair of the Texas Hospital Association Leadership Fellows Program.

Prior to coming to Methodist, Stoyanoff served as the senior vice-president/chief financial officer for the five-hospital St. Vincent Health System in Little Rock, Arkansas. Her tenure also includes positions as vice-president of transformation and integration for Vista Health, and as controller/compliance officer and director of finance. A certified public accountant, Stoyanoff’s first post-graduate employment was as a senior auditor for Arthur Anderson.

Stoyanoff is a native of Chicago. She earned an MBA from the Lake Forest Graduate School of Management in Lake Forest, Illinois, and a Bachelor of Science degree in business administration/accounting from Valparaiso University in Indiana.

Stoyanoff was honored as one of the Dallas Business Journal’s 2010 Women in Business. In 2011, she was named among “56 Women Hospital & Health Care Leaders to Know” by Becker’s Hospital Review magazine. Stoyanoff was recognized as one of the North Dallas Corridor’s 2012 Top Female Executives by ADDISON Magazine and was included in Becker’s Hospital Review in the 2012 and 2013 lists of “Women Hospital and Health System Leaders to Know.”