POSTPONED: Cocktails with the Chiefs – Dallas 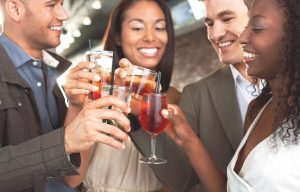 Our popular Cocktails with the Chiefs event is back in Dallas – this time at the lovely Haworth Showroom in the Uptown area of Dallas.

Register Now to Reserve Your Spot

This event always offers incredible networking opportunities and this year will feature the following special panelists:

Pete Havel
Author
The Arsonist in the Office: Fireproofing Your Life Against Toxic Coworkers, Bosses, Employees and Cultures

A special thanks to Haworth for hosting this event!

Before joining Texas Health in 2008, Ms. Browne gained extensive experience in academia with executive leadership roles at University of Washington Health Sciences Center and University of New Mexico Health Sciences Center. She additionally served as an examiner for the New Mexico Performance Excellence Awards, which is based on the Malcolm Baldrige Framework for Performance Excellence.

Ms. Browne holds a bachelor’s degree from Kansas State University and a Master of Business Administration from University of Phoenix.

Josh earned a bachelor’s degree in biomedical science from Texas A&M University and a master’s in health administration from Washington University in St. Louis, Missouri. He completed a fellowship at Charleston Area Medical Center in Charleston, WV and while there became a certified Six Sigma Blackbelt by GE.

Josh currently serves on multiple community boards including the Collin County Children’s Advocacy Center and is a past president of the North Texas Chapter of the American College of Healthcare Executives. He currently participates on the Texas Hospital Association’s Policy Council and is on Texas A&M University’s Biomedical Science Advisory Board.

Josh has been married for 15 years to his wife Valerie. They have 3 children, Jackson (12), Brooks (9) and Charlotte (6). He is active in his church and spends much of his time coaching the kid’s baseball and soccer teams.

Pete Havel, author of The Arsonist in the Office: Fireproofing Your Life Against Toxic Coworkers, Bosses, Employees and Cultures, is a former lobbyist, political consultant and crisis communications professional who now serves as a corporate Hazmat team.

After a professional experience placed him inside ‘the world’s most toxic workplace’ and hired to work with the untouchable employee his management called ‘The Arsonist’, Pete spoke up to his leadership about disturbing behavior that could have led to scandal, lost careers, and company embarrassment. When he did, his career path was changed forever. He got burned by the Arsonist—the classic employee that burns down careers, companies, and cultures in their path. In the book, he shares the tools and techniques that everyone—from entry level to C-Suite—need to understand about office politics, challenging cultures, difficult people, and dealing with hard issues that can make or break organizations.

He’s a speaker, author, trainer and consultant on workplace culture, leadership, and politics. His company, The Cloture Group, helps organizations—from coast to coast—build and fix their cultures to ‘fireproof’ them against bad behavior and in favor of strong ethics, high productivity, and effective leadership.

In his spare time, he enjoys rooting for his beloved Boston Red Sox, Baylor Bears and also searching for his next stop in his search for great BBQ and working on 3 new books.

He lives in Dallas with his wife Janie and daughter Reagan (16).