Breakfast with the President – Joseph DeLeon

Please join us for the next in our Breakfast with the President series… this time with Joseph DeLeon, President of Texas Health Harris Methodist Hospital Fort Worth. 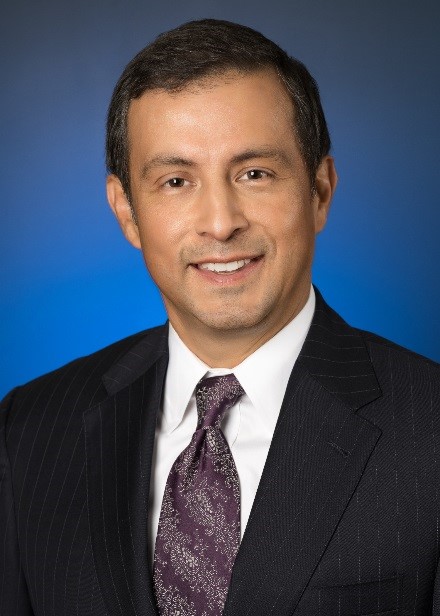 Texas Health Harris Methodist Hospital Fort Worth is Tarrant County’s largest hospital with 732 beds, Level 2 Trauma Center, a 100-bed Emergency Department, a dedicated Heart Center, and a 60-bed Neonatal Intensive Care Unit. It is the 4th busiest hospital in the State of Texas. There are over 4,500 staff members that serve the community 24/7 and 365 days a year.

Joseph first joined Texas Health in 2005 as vice president of professional services and business development at Texas Health Fort Worth, where he was responsible for ancillary services, strategic planning and business development activities for the hospital. In January 2013, Joseph was named president of Texas Health Southwest Hospital. Under his leadership, Texas Health Southwest achieved the Truven (an IBM Company) 100 Top Hospital three years in a row (2015-2017) and the Pinnacle of Excellence Award for Patient Experience from Press Ganey. Joseph also led the opening of the Texas Health Clearfork Hospital, a 54-bed orthopedic joint replacement facility.

Joseph is an active leader in the community, serving as chairman of the boards of the Texas Rehabilitation Hospital of Fort Worth and the Tarrant County March of Dimes, and on the boards of North Texas Community Foundation and the Healthy Tarrant County Collaboration. He also serves on the Las Vegas Trail Revitalization Project team working on the Health and Wellness Focus Group. He previously served as Chairman of the Board of the Fort Worth Hispanic Chamber of Commerce from 2013-2014. Joseph has been recognized many times for his leadership, including a 2017 Minorities in Business Award from the Fort Worth Business Press.

A graduate of Leadership North Texas and Leadership Fort Worth, he was previously named to the Fort Worth Business Press 40 under 40 and holds a Certificate of Leader Development from the U.S. Army War College Commandant’s National Security Program. He is also an associate with the American College of Healthcare Executives.

He earned a bachelor’s degree in political science and a minor in business management in 1991 and a master’s in public administration in 1994 from Texas A&M University.

Joseph enlisted in the U.S. Army Reserves in 1988 as a private and in 1994 he completed Officer Candidate School and was commissioned as a Second Lieutenant. In 1995 he transferred to the U.S. Air Force and was commissioned as a First Lieutenant in the Medical Service Corps where he served three years on active duty and two years as an Active Reservist. He achieved the Air Force Commendation and Air Force Achievement Service medals and was honorably discharged with the rank of Captain.

Most importantly Joseph is married to Monica, his life partner of 26 years. They have four children, two that graduated from Texas A&M University last year and were both married by the end of 2017. The two youngest boys, Jacob and Luke, are in Junior High and keep the family very active playing baseball, basketball, football and running track. Monica and Joseph absolutely love raising their family in, and being a part of the Fort Worth community.

A special thanks to Texas Health Harris Methodist Hospital Fort Worth for hosting this event!