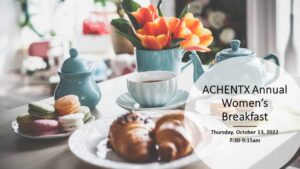 Our very popular in-person annual Women’s Breakfast is back!!

This year we are thrilled to have a panel of dynamic and influential women CEOs who will share their stories, insights and words of wisdom. It’s definitely a program you’re not going to want to miss!

A big thanks to Medical City Dallas for hosting this event! 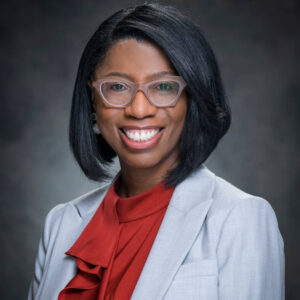 Barbarin has been honored by Dallas Business Journal, DCEO, and was named a Tulane University Outstanding Alumni. Due to her passion for development, she serves as a coach and mentor to early careerist and up and coming Healthcare Executives.

Barbarin earned her bachelor’s degree from Louisiana State University and her master’s degree in Health Administration from Tulane University. She and her husband, Reginald, have two sons, Courtland and Brice. 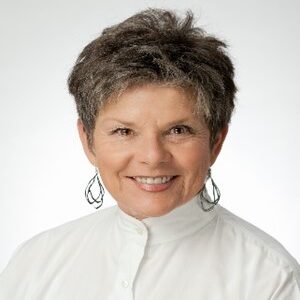 An accomplished educator and senior healthcare leader; Pat Driscoll is the former President and CEO of Home Health Services of Texas, Inc. She has more than 40 years of health care experience, including work in her private legal practice and roles in a variety of clinical, executive, consultant, and educational settings. Pat currently serves as Professor of Health Care Management at Texas Woman’s University and on a variety of Boards. 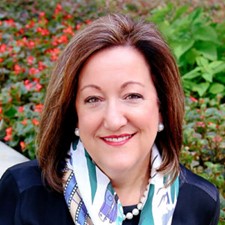 Deborah Gage is a passionate high-energy CEO and Board Director with a track record creating high-growth health tech companies. Her career focus has been with firms in the $100M+ range. She has created and led start-ups and two subsidiaries of major Corporations. Throughout her career, she has driven organic and inorganic growth and fostered dynamic, high-performance cultures. Deb served as a Board Director for three private Companies; as an Advisory Board Member for two firms; and as a Board Member for four non-profit and academic organizations. Deb is known as a business transformer having created and infused innovation, passion and purpose into start-up and existing firms to drive high-growth and value for stakeholders. She is passionate about transforming the healthcare system to improve access, consumer experience and health outcomes. She is also a trailblazer and advocate for women in leadership roles. 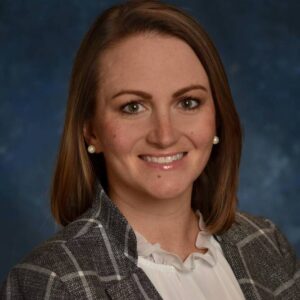 Amanda Thrash, FACHE, has served as president of Texas Health Allen since July 3, 2022.

Amanda has primary oversight of daily operations and responsibility for the 88-bed hospital’s annual operating plan.

Over the span of Amanda’s career, she has focused heavily on market strategy, physician relationships and streamlining hospital operations. Most recently, Amanda has been successful in growing EMS traffic, improving perioperative efficiencies and growing the cardiovascular and robotic service lines.

In her spare time, Amanda enjoys spending time with her husband of seven years, Bucky, and their 3-year-old son, Beau. They love cheering on the TCU Horned Frogs during football season and entertaining friends in their home. 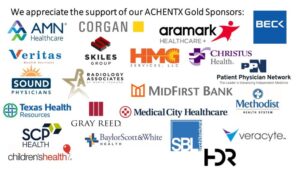