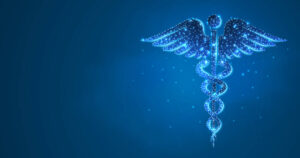 Please join us as we hear from featured keynote speaker, Scott Becker, publisher and founder of Becker’s Healthcare and Becker’s Hospital Review. Mr. Becker will engage with C-suite executives across Texas in discussion around the latest healthcare industry trends, how these executives have maneuvered change in the industry and leadership lessons they have learned along the way.

This year we are excited to be offering this program through the REMO platform, which for the networking portion of the agenda will allow you to virtually join “a table” of six of your ACHENTX colleagues so you can better get to know your peers. You can stay at the first table for the entire networking hour or please feel free to click over to another table to say hello and meet others as you wish.

A special thanks to our 2020 GMC Presenting Sponsor:

Scott Becker is the Publisher and Founder of Becker’s HealthCare and Becker’s Hospital Review. He is a partner at McGuireWoods and a former board member of McGuireWoods. Mr. Becker also served as chair of the national health care practice at McGuireWoods for more than 12 years. He is a graduate of Harvard Law School and a CPA.

Fred Cerise, MD, MPH has served as President and Chief Executive Officer of Parkland Health & Hospital System since March 2014. He leads one of the largest academic and public safety net hospitals in the country as well as 20 community-based clinics and numerous educational outreach programs. The system focuses on serving the comprehensive needs of a largely uninsured population.

Prior to joining Parkland, Dr. Cerise served as Vice President for Health Affairs and Medical Education of the Louisiana State University System. From 2004 to 2007, Dr. Cerise was Secretary of the Louisiana Department of Health and Hospitals. Prior to that he was the CEO of Earl K. Long Medical Center, Baton Rouge, Louisiana where he began his career between 1991 and 2004 as an LSU Clinical Faculty member in Internal Medicine.

Dr. Cerise holds a Bachelor of Science degree from University of Notre Dame and earned his Medical Degree at Louisiana State University in New Orleans. He completed a residency in Internal Medicine at the University of Alabama in Birmingham. In 2001, he earned a Master of Public Health degree from Harvard University School of Public Health. From 2010 to 2016 he served on the Kaiser Commission on Medicaid and the Uninsured and currently serves on the Medicaid and CHIP Payment and Access Commission, the American Board of Internal Medicine Foundation Board of Trustees, and the Nurse Family Partnership Board of Directors.

Prior to her tenure at Memorial Hermann Southwest, she was at Memorial Hermann Sugar Land for 10 years serving in multiple roles with five years as the VP of Operations. In that role she oversaw a $93M expansion project that has added 60 beds, an additional medical plaza and expanded services. In November 2016, as the Executive Champion for this effort, Memorial Hermann Sugar Land was recognized as a Malcolm Baldrige National Quality Award recipient, the highest Presidential honor for performance excellence given in the country. Prior experience includes positions in the private sector as an Internal Operations Consultant with Tenet Healthcare and in the government sector as Administrative Officer of the Ambulatory Care and Physical Medicine & Rehab departments with the Dallas, Texas VA system.

Malisha, received her Bachelors from the University of Texas at Austin, holds a Masters in Health Care Administration from Trinity University, is certified as a Six Sigma Black Belt, and is Board Certified in Health Care Management as a Fellow in the American College of Healthcare Executives. Community involvement includes active membership on several local Boards including Fort Bend Chamber of Commerce. In addition, she is active with the Texas Hospital Association and the Indo-American Chamber of Commerce of Greater Houston. She is a current member of the Trinity HCAD board, past chair for FBCC and was recognized by the Houston Business Journal in 2019 as a 40 Under 40 honoree.

She was born and raised in San Antonio, Texas and resides in Houston with her husband (Bhavesh) and two sons (Jai and Avi).

Ernie Sadau assumed the role as President and Chief Executive Officer of CHRISTUS Health on March 1, 2011. In this position, Mr. Sadau leads daily operations for CHRISTUS Health and lends extensive expertise in improving quality and clinical integration and capitalizing organizational opportunities of the future, while modeling a commitment to CHRISTUS’ sponsoring congregations, the Sisters of Charity of the Incarnate Word of San Antonio and Houston and the Congregation of the Sisters of the Holy Family of Nazareth.

Mr. Sadau joined CHRISTUS Health as Senior Vice President of Patient and Resident Care Operations in 2006. His title was changed to Senior Vice President and Chief Operating Officer in 2008 as he expanded his role within the organization. He has almost 35 years of experience in health care operations and finance, providing measurable operational performance improvement and strong leadership skills. Mr. Sadau has also served as the Chief Diversity and Inclusion Officer for CHRISTUS Health.

Before joining CHRISTUS Health, Mr. Sadau held and served in various executive positions in the Adventist Health System from 1983-2006. Mr. Sadau holds a master’s degree in hospital administration from Southwest Texas State University. He received his undergraduate degree in Business Administration from the University of North Texas. Mr. Sadau is a Fellow of the American College of Health Care Executives, and was named an Up & Comer by Modern Healthcare magazine in 2000, an award that honors rising young stars in the health care management field.