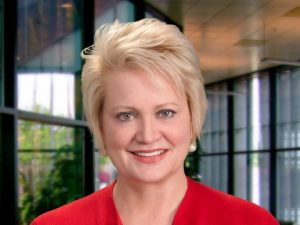 Susan Dentzer is Senior Policy Adviser at the Robert Wood Johnson Foundation, the nation’s largest philanthropy focused on health and health care in the United States. In this role, she works closely with foundation leaders to carry out the organizational mission of improving the health and health care of all Americans. One of the nation’s most respected health and health policy thought leaders and journalists, she is also an on-air analyst on health issues on the PBS NewsHour. From 2008 to April 2013, she was the editor-in-chief of Health Affairs, the nation’s leading peer-reviewed journal of health policy, and led the transformation of that journal from a bimonthly academic publication into a highly topical publication and web site with more than 120 million page views annually. From 1998 to 2008, she led the PBS NewsHour’s health unit as on-air health correspondent, and was the recipient of numerous honors and awards.

Dentzer is an elected member of the Institute of Medicine and the Council on Foreign Relations. Ms. Dentzer graduated from Dartmouth, is a trustee emerita of the college, and chaired the Dartmouth Board of Trustees from 2001 to 2004. She currently serves as a member of the Board of Overseers of Dartmouth Medical School and is an Overseer of the International Rescue Committee, a leading humanitarian organization. She is also on the board of directors of Research!America, an alliance working to make research to improve health a higher priority, and is a public member of the Board of Directors of the American Board of Medical Specialties. A widely admired communicator, Dentzer is a frequent speaker before a wide variety of health care and other groups, and a frequent commentator on such National Public Radio shows as the Diane Rehm Show and This American Life. She and her husband have three children and live in the Washington, DC area.