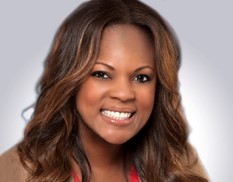 Ask Cole Brown what makes a great company great, and she’ll reply with one word: people. “You can have the best strategic vision and the plushest office space, but its great people that bring relevance to those elements,” says Cole.

It takes a sincere and transformative leader to build and sustain world-class teams, and Cole fits the bill. As Conifer’s Chief HR Officer, her focus is on developing the most talented professionals in the healthcare industry. “My top priority is highlighting our extraordinary atmosphere to attract the best talent to Conifer.” Cole says. She’s also keen to deliver highly collaborative working relationships that generate tangible business results across the entire organization.

Along with a wealth of experience in talent management, acquisition, and development; Cole brings deep knowledge about best practices for managing large, geographically dispersed employee populations, like Conifer’s. Prior to joining the organization, she served as Senior Vice President of HR for U.S. store operations at Walmart, where she led a team of more than 600 professionals who managed the needs of 1.3 million employees at 4,200 retail locations. While with Walmart, she held several senior leadership roles that focused on a broad spectrum of HR and legal areas, including Equal Employment Opportunity (EEO), employment practices and diversity strategies. Prior to her time at Walmart, Cole served with Bashen Consulting; Wickliff & Hall, P.C.; and Doerner, Saunders, Daniel & Anderson, L.L.P.

Clint Abernathy serves as president of Texas Health Harris Methodist Hospital Alliance, being promoted into the position in May 2015. He joined the hospital in 2012 as professional services officer and played an integral role in efforts to open the facility.

He recruited and worked with physicians on the medical staff and oversaw ancillary services, including the imaging, laboratory, pharmacy, cardiopulmonary and rehabilitation departments. He also led the Texas Health Convenient Care Clinic and Outpatient Surgery Center and spearheaded process improvements throughout the hospital.

Before joining Texas Health Alliance, Abernathy served as administrative director of operations and clinical excellence for Texas Health Presbyterian Hospital Dallas. He also served as the hospital’s director of performance and productivity from September 2007 until October 2011. During that time, Abernathy implemented process improvements that helped reduce costs and improve quality of care.

He served as a Lean Six Sigma black belt and associate plant manager for Fresenius Medical Care from January 2005 to September 2007 and the quality assurance supervisor for PCI Technology from January 2003 until January 2005.

Abernathy received his bachelor’s degree in biology from University of Dallas and a master’s degree in health care management from Champlain College in Burlington, Vt. He is a Lean Six Sigma master black belt and a certified quality engineer, as designated by the American Society for Quality.

He serves on the board of the Northwest Independent School District Education Foundation and is involved with the Tarrant Christian Bass Club and the American Heart Association. He is also a youth volunteer and welcome team member at Keystone Church.

He enjoys fishing and spending time with his wife, Stephanie, and their three daughters, Shaye, 8, and Gracey, 2 and Layken, 9 months.

Walter was born in Obregon, Mexico, and joined GE in 2000 as Plant Manager for GE Transportation’s locomotive fabrication facility (GEMC) in Saltillo, Mexico.

Across his 16-year career at GE, Walter has developed extensive supply chain expertise and knowledge in Locomotive and Engine fabrications, machining and assembly for mining, and remanufacturing and component repair with responsibility for factories in the U.S. and abroad, including GE’s legacy locomotive plant in Erie, Pa.

He led the start-up of locomotive operations in Ft. Worth, Texas —a GE first in over a century in North America. He and his leadership team are dedicated to the mission of building and sustaining one engaged, flexible and accountable workforce focused on safety and continuously exceeding customer expectations.

Walter is active in the community as a board member of the Fort Worth Chamber of Commerce and United Way of Tarrant County.  As a GE leader, he promotes volunteerism and engagement through partnerships with area nonprofits and continuously sponsors and develops diverse talent within the business and participates in diversity forums in both Mexico and the U.S.

He graduated from the Monterrey Institute of Technology (ITESM) with a B.S. of Mechanical and Electrical Engineering, and holds an MBA from the University of Dubuque and a Master’s Degree in Executive Management at the Universidad Panamericana (IPADE). 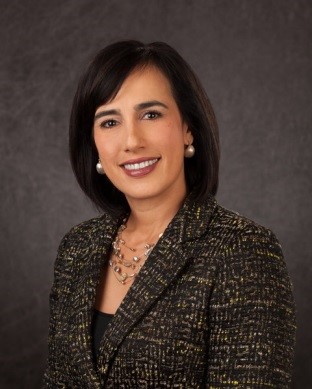 Monica Vargas-Mahar, FACHE, MHA, is the CEO at The Hospitals of Providence – Sierra Campus in El Paso, Texas.  In her first year at the hospital, her and her leadership team have lead the partnership with a non-profit secondary market hospital to open a joint ventured cath lab, the expansion of their inpatient rehabilitation unit, re-introduction of the EP cardiology service line and a $50M master plan renovation of the hospital’s facility.  In her previous role, Monica served as the COO at The Hospitals of Providence – Memorial Campus.

Monica is a Board member of the Child Advocacy Centers of Texas, the Council on Policy Development for Texas Hospital Association, and the United Way of Greater El Paso. She has previously served as a board member of the National Forum of Latino Healthcare Executives and the Southwest Health Executives Association, an ACHE Chapter.  In 2012 Monica was named a Modern Healthcare “Up & Comer” by Modern Healthcare Magazine.