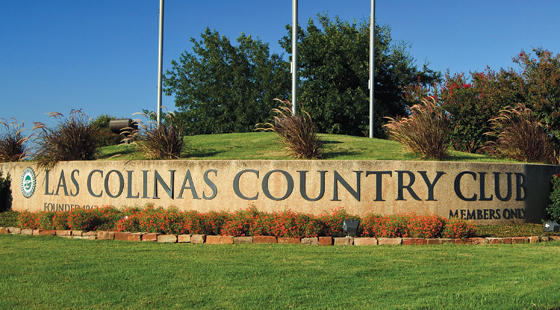 Generational Leadership Lessons for Everyone

Be sure to take advantage of the early bird pricing options and get your ticket soon. Individual and table tickets are available. Tickets will be selling fast.

Please join us for a discussion around leadership, change management and motivation built on a combined 125+ years of experience and insight. Our panel will be moderated by Ted Shaw, CEO of the Texas Hospital Association and will feature the following leaders who have announced recent retirements from several major systems in the DFW area.

Jim Berg, FACHE, was named president of Texas Health Presbyterian Hospital Dallas in April of 2015 and announced his retirement from THR in the spring of 2019. Berg joined the organization in 2007 as senior vice president and chief operating officer, and served as Interim President from August 2014 until April 2015. In his role as president, Berg had primary oversight of day-to-day activities and responsibility for the annual operating plan.

Berg served more than 20 years in the U.S. Air Force Reserve, retiring with the rank of lieutenant colonel. He received numerous military awards and decorations, including the Air Force Reserve award for Outstanding Hospital Administrator, three Meritorious Service Medals and a Commendation Medal.

Mr. Brock holds a Bachelor of Arts degree and a Master of Public Health degree from the University of Oklahoma and is a graduate of the Advanced Management Program at Harvard Business School. He is a past chair of the Texas Hospital Association (THA). THA honored Mr. Brock as the 2016 recipient of the Earl M. Collier Award for Distinguished Health Care Administration. He is the chair of the Texas Health Ventures Group board of managers – a joint venture with United Surgical Partners International, which develops and operates surgery centers and short-stay hospitals in partnership with local physicians in the Dallas-Fort Worth metroplex. He is the chair of the Zephyr Integrated Provider Services, L.L.C., board of managers. He is also a board member of the Baylor Scott & White Quality Alliance. Additionally, he serves on the board of the Dallas Regional Chamber.

Dr. John Gillean serves as the senior clinical executive of CHRISTUS Health, a faith-based, Catholic health care organization serving communities in the United States, Mexico, Chile, and Colombia.  In this capacity, Dr. Gillean’s many responsibilities include the oversight of quality and patient safety, health informatics, accreditation readiness, clinical research and academics, along with other areas that effect the care administered to patients.

Dr. Gillean has more than 35 years of experience in the provision and management of health care.  From his graduation until 1995, he served as an internal medicine specialist in Texarkana.  Subsequent to this and prior to joining CHRISTUS Health, he held several administrative positions, including that of Medical Director for Blue Cross Blue Shield of Arkansas.

Dr. Gillean has a passion for quality health care delivery that meets the needs of individual patients and unique populations.  He continuously challenges CHRISTUS Health associates to move to a high reliability organization which first does no harm, and then optimizes health care outcomes.

Stephen L. Mansfield, Ph.D., FACHE has been the President and CEO of Methodist Health System in Dallas, Texas since 2006.

With a stated mission to improve and saves lives through compassionate quality health care, Methodist has been one of the region’s fastest growing health systems – having more than tripled in size during Mansfield’s tenure, and being cited in 2014 by Modern Healthcare as one of America’s 40 Fastest Growing healthcare companies in the nation.

Methodist Health System employs 8,800 staff and has over 2,400 physicians and more than 2,000 volunteers engaged with the health system.

In 2015, Methodist Health System was awarded the Texas Award for Performance Excellence by the Quality Texas Foundation.

In 2018, and for the past fifteen years in a row, Dallas Business Journal has acknowledged Methodist as a Best Place to Work and Methodist has recently been recognized as a Best Place to Work by Modern Healthcare and Becker’s Review, and was just named the top health system for employee engagement by the Advisory Board in Washington, D.C. as well. Earlier this year, Methodist was named #2 among health systems in America by DiversityInc for their success with inclusion & diversity initiatives.

Over the past several years, in addition to having grown substantially, Methodist has experienced its most profitable years in its history, enjoys a bond-rating that places the system among the top 16% of health systems in the US, and has won numerous national, state, and local awards for their community-based wellness programs, patient safety, accountable care organization, clinical quality, and overall performance.

Committed to community involvement Dr. Mansfield currently serves on the boards of The Dallas Foundation, Dallas Citizen’s Council, Dallas Regional Chamber and is Past-Chairman of the Dallas Regional Chamber. He is the 2015 recipient of the Texas Association of Business’s Distinguished Business Leader Award. He was recognized by D Magazine as Healthcare Executive of the Year in 2014 and was included as a “Top Newsmaker to Watch for 2013” by Dallas Business Journal. In 2012 he was awarded “Entrepreneur of the Year” by Ernst & Young and in 2009 was selected as “Outstanding Volunteer Fundraiser” by the DFW Division of March of Dimes.

Before joining Methodist in 2006, Dr. Mansfield spent seven years as the President and CEO of the five-hospital St. Vincent Health System based in Little Rock, Arkansas, and before that held a variety of executive roles for the Baptist Memorial Health Care System in Memphis for 23 years.

Dr. Mansfield has a Bachelor’s Degree in Healthcare Administration from Ottawa University, a Master’s from the University of Tennessee, and holds a Ph.D. in organizational leadership from Regent University in Virginia Beach, Virginia.

Steve’s wife Marilyn – a teacher by training – is an author and speaker. Steve and Marilyn have one daughter.

Walter “Ted” Shaw joined the Texas Hospital Association as the organization’s fourth president and chief executive officer in February 2014. Shaw brings expertise forged from a 40-year career in health care leadership to his role as key strategist and spokesperson on behalf of more than 450 THA member hospitals and health systems. As president and CEO of the largest state hospital association in Texas, Shaw is responsible for leading the industry in its advocacy work and positioning Texas hospitals to achieve their missions of delivering the highest quality health care to all Texans.

Prior to joining THA, Shaw served as interim executive vice president and chief financial officer for Parkland Health and Hospital System in Dallas, where he led the development of the Medicaid Transformation Waiver in North Texas and the construction of an 864-bed replacement hospital. From 2004-2011, he was a partner with the Dallas-based Financial Resource Group LLC, a health care consulting firm where he specialized in interim operational turnarounds with facilities across the U.S. Prior to joining FRG, Shaw was president of the health care consulting firm W.T. Shaw Company from 1998-2003.

His legacy for leading impressive turnarounds includes assignments at Jackson Memorial Hospital in Miami, the third largest public health system in the U.S.; East Jefferson General Hospital in Metairie, La., both before and after Hurricane Katrina; Fletcher Allen Health Care in Vermont; and Maricopa Integrated Healthcare System in Phoenix. In addition, he has a strong background in health care technology and insurance, having served as chief operating officer of Health2Health.com, an Internet-based HIPAA solutions company; and with Dallas-based CareSystems Corporation, a workers’ compensation technology support firm.

He began his career with Ernst & Young in San Antonio, Cleveland and Dallas, achieving the role of partner with responsibility for the Southwest Region Healthcare Practice from 1973-1992. Shaw holds a bachelor’s degree in business administration in accounting from The University of Texas at Austin, and is a certified public accountant and a fellow in the Healthcare Financial Management Association.